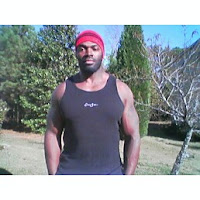 I have some clients that live and breathe by the numbers on the scale. The worst part about scales is they distort your perception of progress. Rather than enabling you to focus on how much body fat and lean mass you have gained, scales cause you to focus on your bodyweight. Keep in mind that it is possible to actually gain weight and still look thinner. (However, if you are extremely overweight and need to lose 20 pounds or more, then this statement applies less to you.) Firming up, losing inches and gaining a couple pounds is possible.

Start following a healthier lifestyle and by chance u gain some weight, you can still look thinner. Remember muscle weighs more than fat because it is denser fiber. Not only does fat weigh less than muscle, it takes up approximately five times more space than muscle.
Body composition is the percentage of your body that is fat and lean body mass (e.g. muscle, bones, etc.). Although two people can weigh exactly the same and be the same height, it’s entirely possible for one of them to have 30% body fat and for the other to have 15% body fat. The person with less body fat will actually look thinner and shapely because he/she has more lean muscle, even though he weighs exactly the same as the other person.

Take a boot camper who wants to lose 10 pounds. Chances are that boot campers doesn’t really need to lose 10 pounds, but she thinks she does because she doesn’t like that number on the scale. What she should really do instead is shift her focus to her body composition by lowering her body fat percentage and raising her lean body mass percentage. Eat a healthier diet so that u can eliminate some body fat. Increase your cardiovascular workouts, which will also help to burn body fat. Because body fat takes up a huge amount of body surface area, you will start looking thinner.


Set realistic goals - You didn't put on extra weight overnight so it is equally unrealistic to take it off quickly. Set a goal you know you can achieve.

Spread your calories around - Divide your calorie goal by the number of meals (at least five) Make sure you eat at least 1200 calories each day or you will lose muscle.

Diet foods not required - Eat regular foods rather than the "sugar free", "lite" or "fat free" versions (except soda beverages and milk) because the calories in these "diet" foods still count towards your total calories each day. Diet foods are usually not as satisfying or filling so you may eat more of them.

Drastic changes not recommended - The plan you follow to lose weight should be built on the how you eat now modified by these ten changes. A weight loss plan should be a plan you can follow for a lifetime by making small changes in the portion sizes you eat once you reach your goal weight so that you can maintain a healthy weight.

Cook it yourself - Bake, broil or steam food rather than frying.

Some fat is OK

Sugar is not evil - You just can't afford the calories. Sugar only contains carbohydrate so use an artificial sweetener in beverages or drink sugar free soda in reasonable amounts.

Alcohol in moderation - Alcoholic beverages are just as empty of nutrients as sugar, but your liver processes them like fat. If you drink, limit yourself to one drink per day (12 ounce beer or 4 ounces wine or 1 ½ ounces distilled liquor) and then only add fat to one meal that day.

No cake - Desserts are mostly fat and sugar which will put you over your calorie goal for the day.
Posted by Bodifit by Mercedes at 5:19 AM 1 comment:

Bodifit by Mercedes
Kennesaw, Georgia, United States
I am the founder of Bodifit by Mercedes, which provides boot camp, personal training, fitness consultant and overall well-being through exercise, nutrition, and lifestyle.